River City Sculptures on Parade held an unveiling ceremony at the Mason City Arena on Tuesday morning, September 1, 2020. Thanks to the generosity of community members, several life-size bronze sculptures with an ice sports theme were permanently installed at the new arena.

Each of the sculptures is the work of renowned artist Dee Clements of Loveland, CO. The new sculptures were unveiled, and local dignitaries and community members thanked the benefactors for their contribution to the growing display of public art in Downtown Mason City.

“Going for the Goal” depicts a young hockey player in action. This piece was purchased by Michael Reindl, Sr., Matthew Reindl, and Dr. Martin and Julie Meindl in memory of their son and brother, Mikey, who passed away suddenly. Mikey was an avid hockey enthusiast who began playing hockey at age three, when he pushed a chair across the ice to learn to skate. He continued playing until his graduation from high school in 2002. According to his mother Julie, “We were a hockey family. We loved the excitement of the sport and the camaraderie. We always felt fortunate to live in a community that offered ice sports, and we are thrilled with the new facility. We just had to be a part of it.”

An elegant figure skater is the subject of “Polished Performance”. Vice Admiral Norman and Priscilla Ray purchased this sculpture for the program. Priscilla, who grew up skating at the outdoor rink and frozen rivers in Mason City, was performing in the Ice Follies in San Francisco when she met a dashing young Navy officer, who later became her husband of more than 50 years. This sculpture is a tribute to their love story.

“Crack the Whip” is a whimsical piece depicting young skaters playing a game on a frozen river.  The donors, who wish to remain anonymous, have grown children who enjoyed many years of skating at the North Iowa Ice Arena.  This sculpture is dedicated to the fun-loving child in all of us.

Inside the front entrance of the arena, the “Let’s Go, Dad” sculpture sits on a limestone bench and is positioned as a photo opportunity for arena visitors. The future hockey star sitting on his father’s lap can barely contain his excitement. Dr. J.D. and Jill Thoreson purchased this piece in recognition of their family’s years of involvement with North Iowa ice sports programs. 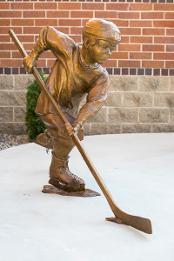 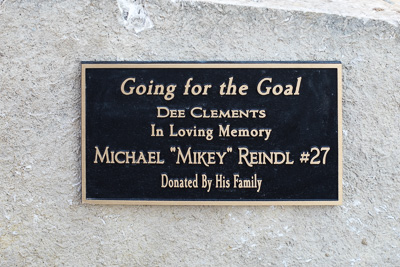 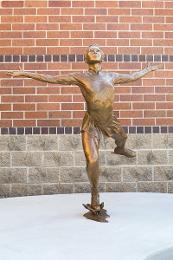 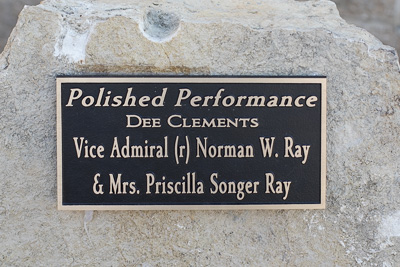 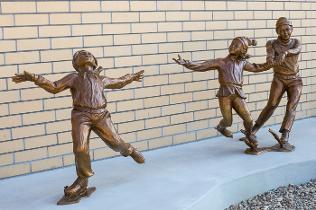 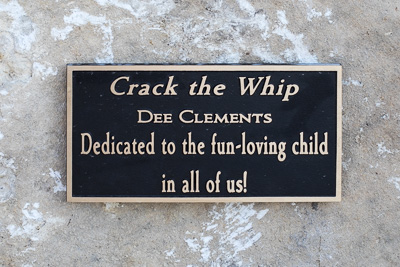 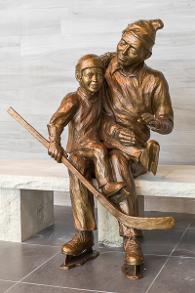 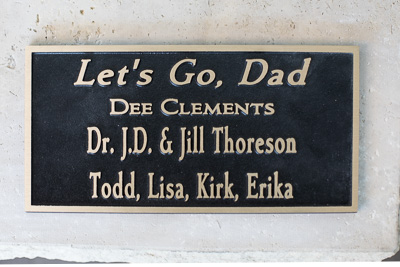 Those interested in purchasing or leasing a sculpture are encouraged to contact Sculptures on Parade committee volunteers through the Mason City Chamber of Commerce.  River City Sculptures on Parade, Inc. is a non-profit organization with a vision to bring a significant display of public art to Mason City for all to enjoy.  The all-volunteer group is in partnership with SculptureOne which assists similar sculpture programs in Sioux Falls, Mankato, Eau Claire, and Castlegar, British Columbia.  Sculptures on Parade has exclusive rights to the SculptureOne Partner Network in the state of Iowa.
Return to Sponsors page.
www.sculpturesonparade.com